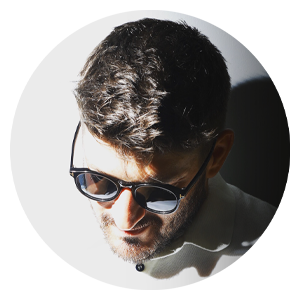 Equally beautiful and gross, insightful and confusing, delicately sculpted and strikingly abrupt... Emre's art will leave you with a lovely satisfaction and uneasy curiosity that will keep you pining for more!
About
236
page-template,page-template-full_width,page-template-full_width-php,page,page-id-236,stockholm-core-2.2.4,select-theme-ver-8.3,ajax_fade,page_not_loaded,side_area_slide_with_content,,qode_menu_,qode_sidebar_adv_responsiveness,qode_sidebar_adv_responsiveness_1024,wpb-js-composer js-comp-ver-6.6.0,vc_responsive,elementor-default,elementor-kit-5

Sculptor and designer Emre Ezelli, born in Izmir Turkey, developed his creation process by exploring the use of alternative materials. So far in his career, Emre has held 3 distinct solo exhibitions in Turkey and 1 solo exhibition in Vienna. In addition, Emre has joined 8 group exhibitions in Europe and has received several global and national awards in sculpture and design. Currently his sculptures can be found in many personal collections. Emre began his creative process with Turkey’s Hurriyet Newspaper Children’s Club in 1992 and won the Tubitak painting award in 1993-1994. He continued his formal education and graduated wıth a Bachelor’s Degree in Fine Arts specializing in Sculptor.